‘A picture has been said to be something between a thing and a thought.’
Samuel Palmer

Review of Gauguin: The Other World and Alice in Sunderland: An Entertainment.

I have recently read two excellent examples of the graphic novel form (and these definitely do justice to that term, being complete, complex narratives), which share a commonality of intent and execution, being both biographical in nature and mirroring in their artistry the artistry they exalt. 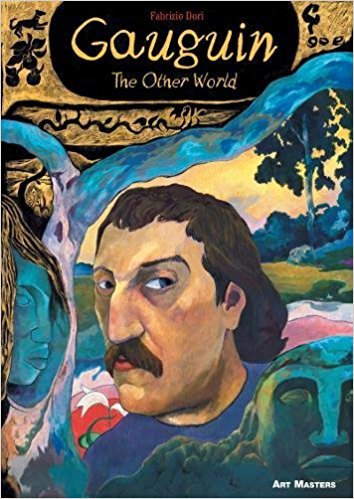 The first is Gauguin: the Other World by Fabrizio Dori, published in translation (Edward Gauvin’s) by SelfMade Hero as part of their high quality Art Master series in 2016. Dori’s style evokes the spirit of Gauguin’s work with skilled confidence. Some directly reference the French Synthesist’s paintings, while others draw upon a more atavistic style inspired by Tahitian art, but each panel is virtually a work of art in itself. This does not mean the pages are stilted, a series of static vignettes, for each panel subsumes its own wonder to the sequential flow. This is a mature form of visual storytelling, Bande Desinée having evolved their own aesthetic rules, just as much as Manga. It has the feel of a French art house movie more than a Hollywood ‘biopic’. Yet it is never obscure and unrelatable – Gauguin’s story is well-dramatized. The subject is a classic malcontent anti-hero – self-obsessed, uncompromising, flawed, the artist is rendered with feet of clay. Dori’s Gauguin offers us a fully-rounded portrait of this ‘driven’ visionary who abandoned his aristocratic heritage, successful career as a stockbroker and Danish wife and family to pursue his vision to a Polynesian Eden. The story is boldly-structured, with the framing narrative being an Underworld Journey, the deceased Gauguin being led through the archipelago of his memory by a Tahitian psychopomp. Dori deploys Polynesian cosmology and eschatology in a striking way, relocating the ‘gaze’ from a white, Western perspective to an indigenous one. Gauguin is the intruder in paradise here and he is observed and judged throughout by the ancient spirits of the islands he moves to in search of his muse. The locals are depicted far more sympathetically than Gauguin or his fellow Parisians back home, without them becoming ‘Noble Savages’. His native wife, Teura, is far from perfect but clearly has her own agency and power. In the end it is clear Gauguin is his own worst enemy. This is no hagiography, but it nevertheless vividly brings alive his remarkable life and artistic achievement, and as such it serves as an excellent introduction to the artist and his work. To help provide a clear-eyed, factual overview there is an excellent essay on Gauguin’s life at the end of the graphic novel by Céline Delavaux – a classy finishing touch to a classy production. 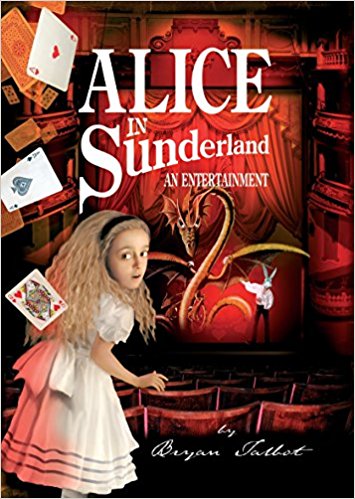 The other graphic novel I picked up in Durham after seeing some of the original artwork in an exhibition at the Palace Green Library, ‘Between Worlds: Folk and Fairy Traditions in Northern Britain’. Pages depicting the local folk tales, ‘The Cauld Lad of Hylton’ and ‘The Lambton Worm’ led me to Alice in Sunderland: an entertainment, by Bryan Talbot, an artist best known for The Adventures of Luther Arkwright, although I first came across him in the pages of 2000AD, when I used to collect it back in prehistory. I always liked his sleek style, but in this tour-de-force Talbot shows he is a ‘multiple-trick equine’. In his dazzling range of styles and bold use of technology Talbot shows he is a modern master of sequential art. Framed as an evening’s vaudevillian cabaret in the shabby splendour of the ‘Empire’, an old theatre in Sunderland, Talbot draws us in via a ‘Plebeian’ Everyman. A white rabbit-masked ‘Performer’ hosts the ‘numerous interesting diversions and entertainments’ – beneath the mask a Hermes-haired Talbot-as-Thespian is revealed. And a black-attired ‘Pilgrim’, a heterodiegetic* narrator closer to the actual Talbot (the artist, writer, researcher and resident), leads us on a psychogeographical perambulation around the city and the region. All parts are ‘played’, with amusing irony, by Talbot, the self-styled ‘Wigan Titwillow’ himself – exaggerating his best or worst qualities, as both a performance of the ‘Higher’ and ‘Lower’ Self, but also as a way of providing his own dialectic. The Plebeian heckles or mocks, thus destabilizing the pretentious edifice the Performer builds with his indulgent digressions, while at the same time allowing him to get away with it. With one foot in the Pit and one in the Gods, Talbot leads us through a dazzling, distracting Wonderland of social history, psychedaelia, comic art theory, and serious research into the region’s connection with the evolution of Lewis Carroll’s Alice’s Adventures in Wonderland and Through the Looking Glass. Talbot steps through the mirror of Alice myth and what he finds there is remarkable.  With the help of the PhD research by Michael Bute and other Carrollian scholars, Talbot convincingly deconstructs the popular ‘dreamchild’ theory about Carroll (Rev. Charles Lutwidge Dodgson) as the shy Oxford scholar unable to relate to his fellow adults, who nurses a disturbing interest in young girls. Celebrating the visuality of the first editions (brilliantly illustrated by John Tenniel), Talbot riffs on the eye-bending aesthetics throughout, blending in a myriad of examples that the iconic books have spawned – possibly the first transmedia ‘texts’. This is the strongest ‘thread’ of the narrative, the heart of the book, when Talbot is really firing on all cylinders as an artist and storyteller (his classic comic strip version of ‘The Lambton Worm’ is superb). The dedicated, some would say obsessive sense of place, in this extended praise song to his adopted town is admirable in its celebration of local distinctiveness and its effort to re-enchant a run-down, often neglected, and sometimes demonised, part of Britain, but these sections are the most leaden, weighed down as they are by lengthy exposition, and at times the project is at risk of coming across as a ‘Visitor’s Guide to Tyne and Wear’. When it is relevant to the Alice ‘creation myth’ he is constructing, then these asides are acceptable, but often Talbot tells us indulges too much in his local history discoveries. Some of it is interesting and overall the endeavour reinforces my idea that ‘the universal is best expressed through the particular’. Go deep enough and far enough and everything connects with everything else, as Jeremy Hooker affirms in his essay on Richard Jefferies (also accused of parochialism):

Any place is capable of being experienced as a centre of inexhaustible significance and manifold local and universal connections, especially to the people who live there. (Hooker, 2017: 20)

Despite the feeling of ‘too much information’ at times, it is in this heart-felt and full-bloodied evocation of the genius loci that Talbot’s project really nails its colours to its mast. The magic is not ‘elsewhere’, amid the Dreaming Spires of the Oxford elite or in London’s cyclopean dominance, but here and now, beneath our feet, wherever we live.

Over the millennia stories have revealed the magic in the places where they take place. (Talbot, 2017: 9)

The most effective of these ‘Rough Guide’ pages are where Talbot-as-Pilgrim meets fellow creatives, writer Chaz Brenchley and sculptor Colin Wilbourn, who co-created the Sculpture Trail that runs through Sunderland’s old dockyards. Wittily dramatized, it provides an insight into how art is created, its relationship with the environment and the community that live there.

Shining through the whole Lucy-in-the-Sky-with-Diamonds exuberance of it all is a strong sense of ‘authenticity’ (performed or otherwise), of an individual voice and vision, of a maverick artist dancing with the form he has mastered.  It feels Talbot is free to do or say anything, bestowing upon the formality of the ‘proscenium arch’ pages, a frisson of gleeful wildness and creative possibility which is exhilarating and infectious. It really throws down the gauntlet.

At over three hundred pages, Alice in Sunderland is an incredible achievement – it brims with erudition, enthusiasm, wit and artistic brilliance. Talbot in ludic, lucid, Carrollian form, is really at the top of his game here. A must read for any student of sequential art.

Both graphic novels show what can be done with the form, the ‘ninth art’, and the way it can achieve far more than image or text can by themselves. As Palmer’s quote suggests (if it we may apply it to the pictorial storytelling of the sequential art) it is an art form that happens in the interstices, the stars in the gutter – the ubiquitous gap between panels where, as McCloud (1993) points out, time does mysterious things and the human imagination animates the vacuum. The little death of each frame is unfrozen from eternity back into time’s stream, as we learn to mind the gap.

*Heterodiegetic (and its sister term, ‘Homodiegetic’) coined by the academic Jeremy Scott (‘The Craft of Creative Writing’, Contemporary Cultures of Writing: Creativity, Language and Creative Writing Seminar Series, Senate House, University College London, 17 October 2017), referring to the narrator ‘outside’ and ‘inside’ the text respectively.

Gauguin: the Other World by Fabrizio Dori (SelfMade Hero, 2016) Available from http://selfmadehero.com/

Alice in Sunderland: an entertainment by Bryan Talbot (Jonathan Cape, 2007). Available from https://www.penguinrandomhouse.co.uk/publishers/vintage/jonathan-cape/ 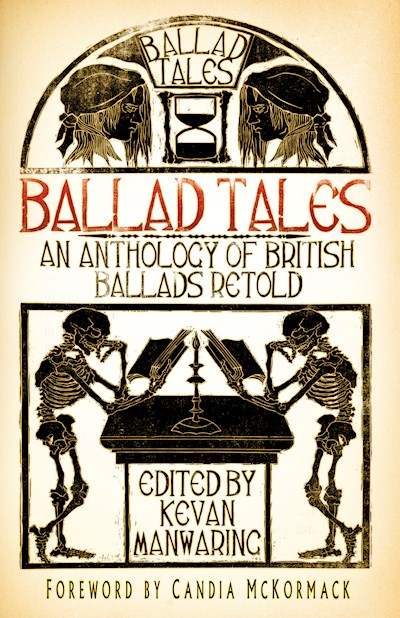 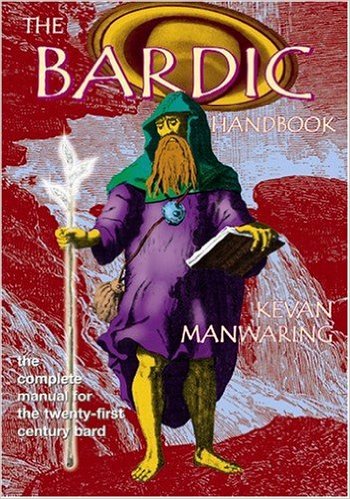 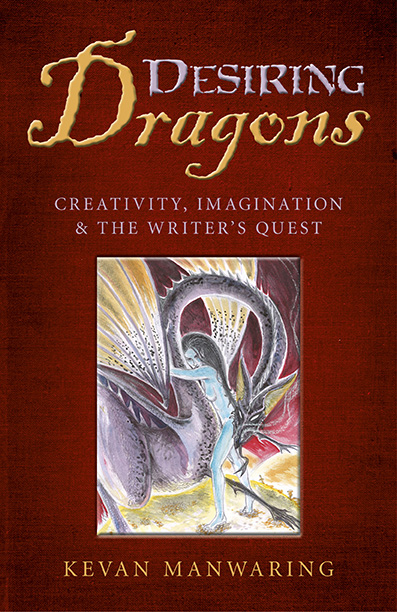 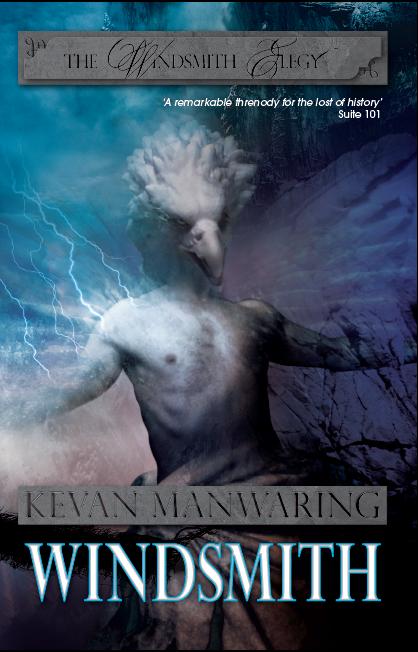 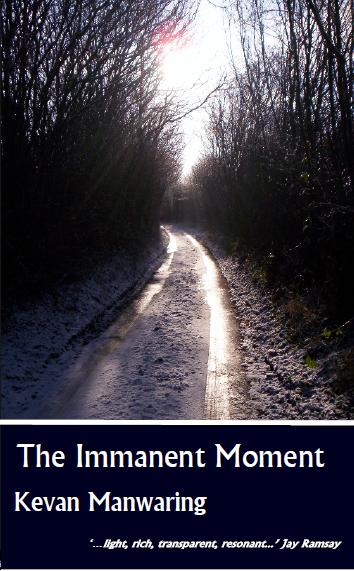 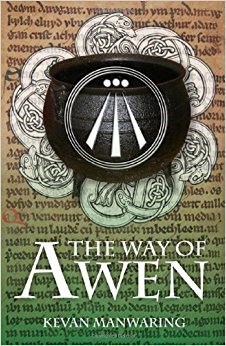